The Graduate Program operates under the administration of the following bodies:

(a) The Senate of the University

(b) The General Assembly of the Department

(d) The Committee of Postgraduate Studies

(e) The Director of each MSc

For the 2-year period from September 1, 2018 to August 31, 2020 the Coordinating Committee of Postgraduate Studies consists of:

Prof. Konstantinos Paparrizos (1949-2011) was born in 1949 in Kozani, Greece. He earned his B.Sc. degree with honors in Mathematics from the Aristotle University of Thessaloniki, Greece (1972) and a M.Sc. and Ph.D. both of them with honors in Operations Research (Minor in Computer Science) from the Case Western Reserve University, Cleveland OHIO, USA, in 1981 and 1983 respectively. He was a full professor in the Department of Applied Informatics, University of Macedonia Economic and Social Sciences, Greece, Thessaloniki and also a Professor in the Hellenic Open University, since 2008. Furthermore, he established the first graduate degree program by the Department of Applied Informatics of the University of Macedonia.

Prof. K. Paparrizos was an established expert in the area of optimization algorithms. His research interests included mathematical programming, linear programming and network flows, design and analysis of algorithms, and data structures. He had significant research contributions in the design and analysis of exterior point simplex-type algorithms for linear and network optimization problems. He had published several papers in leading international peer-reviewed journals (e.g., Mathematical Programming) and had given numerous talks in national/international conferences.
Tweet
back 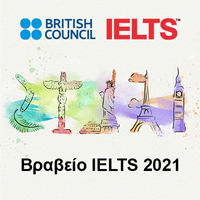